Some people say that true love is scarce. In your search for someone you truly love and who truly loves you, you might end up with someone who just barely meets your ‘requirements’… Here’s the success story of Daniel and Rachael, who met each other through 2RedBeans.

Daniel found himself single a year ago. His breakup devastated him. On top of that, he was reassigned to another department where he had to take on more responsibilities. It was stressful; he clocked in more than ten hours every day, overloading himself with more work to numb himself from his heartbreak.

It was now that he realized that, after a year of slogging, it was only he who hasn’t gotten over his breakup. His ex-girlfriend had moved on: she travelled with her friends, constantly posted pictures on WeChat and seemed to be having the time of her life. On the end, he had isolated himself, which made him even more depressed.

Rachael had also broken up with her boyfriend over a year ago. Their relationship had issues and he’d always push the blame for their problems on her. Despite all this, Rachael never gave up on their relationship: he was her first boyfriend after all. She always thought they could work things out. Her optimism didn’t  move her ex-boyfriend at all. After almost a year together, her ex-boyfriend had some choice words which devastated her:

“Do you realize that we’re not a good fit? Would it be better for us to split rather than continue to try to work it out??”

Rachael said incompatibility isn’t the issue. Rather, it is the lack of effort from both sides that leads to the failure of a relationship. Tolerating something hurtful was done for the express purpose of staying together. However, not everyone is willing to change themselves for others. They prefer others to change for them. If this is the case, then ‘incompatibility’ becomes an excuse to cover up for their own selfishness and unwillingness to put in effort.

Both Daniel and Rachael approached Junnie, matchmaker for 2RedBeans, at around the same time. Based on her interactions with both of them, coupled with her experience in the matchmaking field, she came to the conclusion that both might be suitable for each other.

After an introduction, Daniel and Rachael decided to meet for a date which was set up by Junnie and her matchmaking team. The date went smoothly albeit with one small hiccup: both of them thought that the other was nice enough, but that it might be better to just be friends.

Why is it that even though everything seemed to click they didn’t want to move past friendship?

It was only after Junnie’s post-date consultation with both of them that she really knew what both of them were thinking.

Even though Daniel believed Rachael was suitable for him, he was afraid he wasn’t quite ready for a relationship. Based on Junnie’s suggestion, he decided to make some changes. He adopted a healthy and active lifestyle and, after a few adjustments, his communication with his superior at work improved drastically. He began to have a clearer direction for his job scope and now seemed to be enjoying what he was doing. As for Rachael, she thought that both of them needed more time to get to know each other. She is, after all, someone who needs more time to open up to others. As well, Rachael had the mentality that women shouldn’t be the one always taking the initiative.

But could there be a reason why some men don’t take the initiative? Junnie explains that there are a lot of male clients who are very busy in their work and careers, therefore it’s not uncommon for them not to reply to messages. Moreover, not everyone is good at communication. More importantly, most men are afraid they might say the wrong thing! Although some women believe that women shouldn’t be the one taking the initiative, if women can actively give the ‘correct’ signals to men, it will allow the men to think that at least there is someone who is concerned about them.

After talking to both of them, Junnie suggested Daniel give Rachael a ‘mini test’. Daniel was ‘tasked’ to ask Rachael out for the weekend. He asked if she would like to join him for kayaking. Coincidentally, Rachael was actually thinking about what to do that weekend. She agreed. In fact, when Junnie asked her how she felt back then, she felt relieved. Daniel is not the type of person who expresses his care and concern through words: he expresses them through actions. Before going out for the kayaking trip, he took care of every small detail that was necessary: food, water, sunblock, safety procedures… Rachael was extremely touched by what he had done. Both of them had a wonderful weekend together, and both of them refused to stop texting each other once they got home. After that fateful weekend, both of them  took the time to plan their next adventure. Gradually, both of them realized that the reason why they didn’t think either were suitable for one another was that they hadn’t seen each other’s inner beauties, yet. They eventually coupled up, and their relationship became stronger as time passed.

Our matchmaking team has been actively following up with both Daniel and Rachael (they want them to be happy after all!) to understand their progress. Junnie discovered both of them still suffer from the scars left behind from their previous relationships. Daniel was afraid that Rachael might be too needy, and Rachael is constantly worried that she said something wrong whenever Daniel didn’t reply to him. This is common amongst couples. Junnie presented a solution: she encouraged Daniel to be more caring and sensitive towards Rachael, and she also encouraged Rachael to be more understanding towards Daniel’s need for his own personal space. Even though both of them still have their mini-arguments here and there, both of them are willing and able to work things out eventually.

Both Daniel and Rachael have started planning for their future. In order to have a happy and stable family together, both of them swore to work hard in their careers to provide for each other.

This, is the love story of Daniel and Rachael. 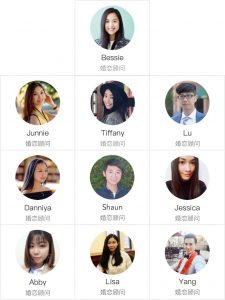 What Gifts Do Girls Really Want?